As the year 2019 has ended, here are some of my personal highlights, captured in photos. Soon, I'll follow up with a post about my 2020 expectations and goals.

Together with the whole team, I helped launch the open community on polder.app. With the same people we also managed to get out of two escape rooms. 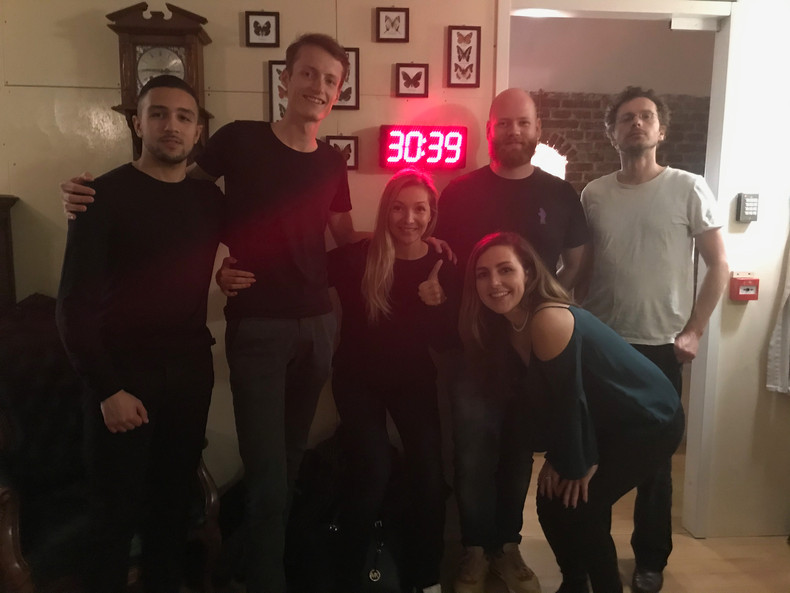 Since the end of 2017, I run twice a week with the Amsterdam Running Junkies. At the start of this year, I received a newbie award. I probably got a bit too excited over this, but it made me feel even more welcome in this awesome group of people. 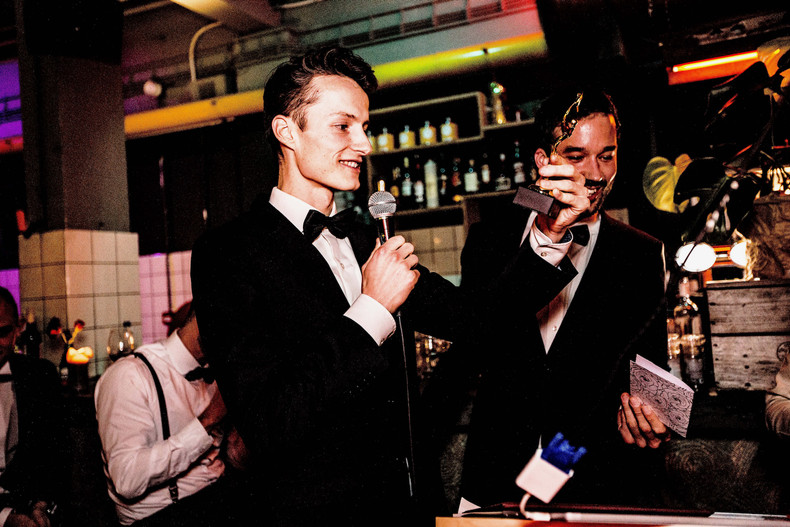 Every year, Amsterdam Running Junkies help organize the January Battle. In this battle, several crews from all over the world compete for the highest mileage. I had never ran more than 200km in one month, but this month I reached the individual maximum of 400km. 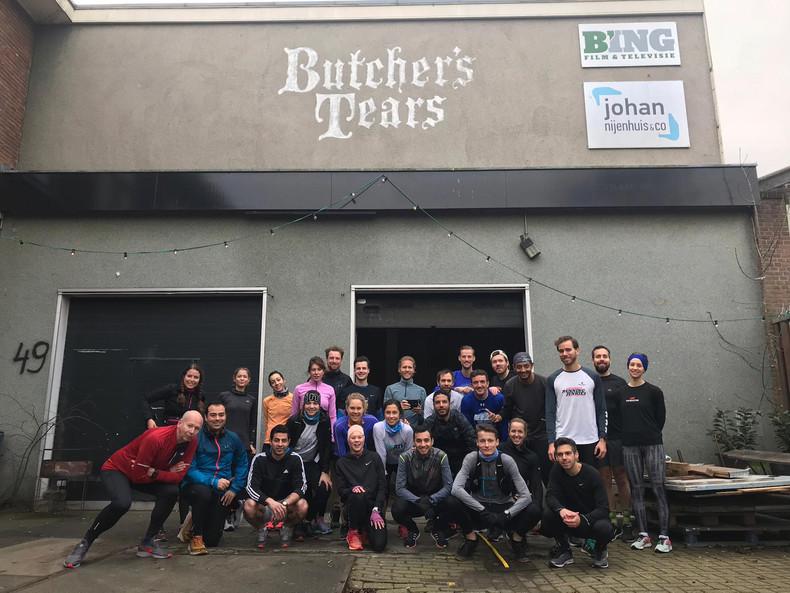 This is the biggest highlight of my year. We've been together the whole of 2019 minus 4 days, and I believe this is just the start. Here is our first photo together. 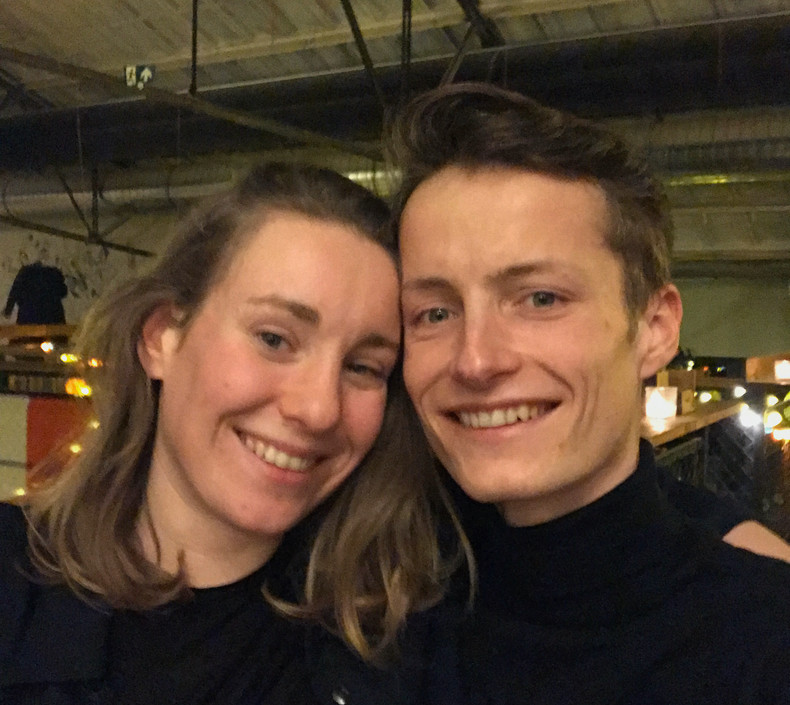 Running 1:23 at the Barcelona Half Marathon

Flames Barcelona hosted one of the biggest international running crew events of the year. There were around 400 people that either ran or cheered and there was a huge afterparty. I broke my half marathon PB by several minutes (Strava). 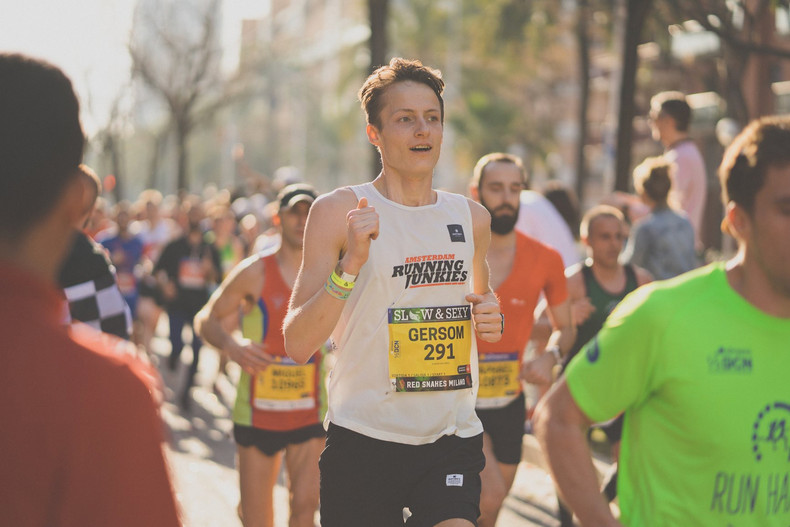 Staying in Spain and going to Tenerife

After Barcelona, I stayed for almost 3 weeks in Spain, visiting Valencia, Tenerife and Gran Canaria. I did lots of trail running. 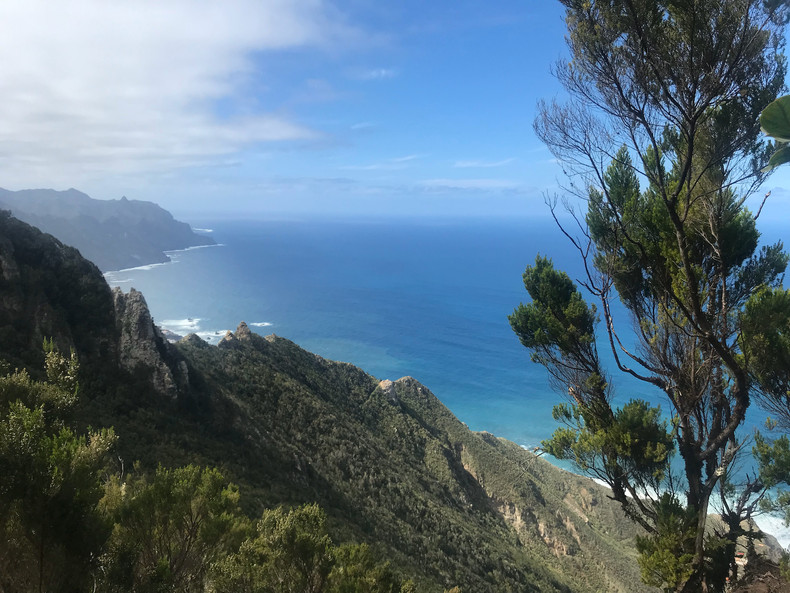 I felt really strong and fit in this race. I crossed the finish as the first Dutch participant and a 43rd place overall (Strava). Also, I had some really nice company with me on the island. 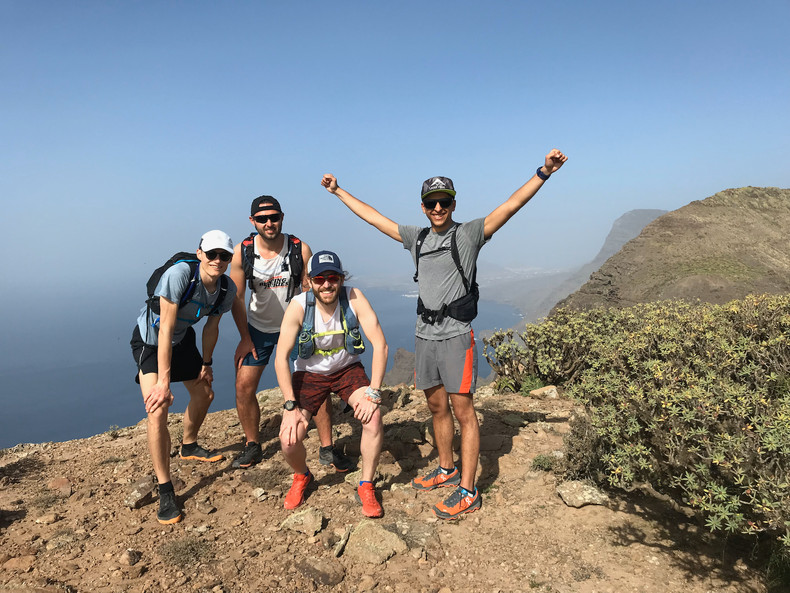 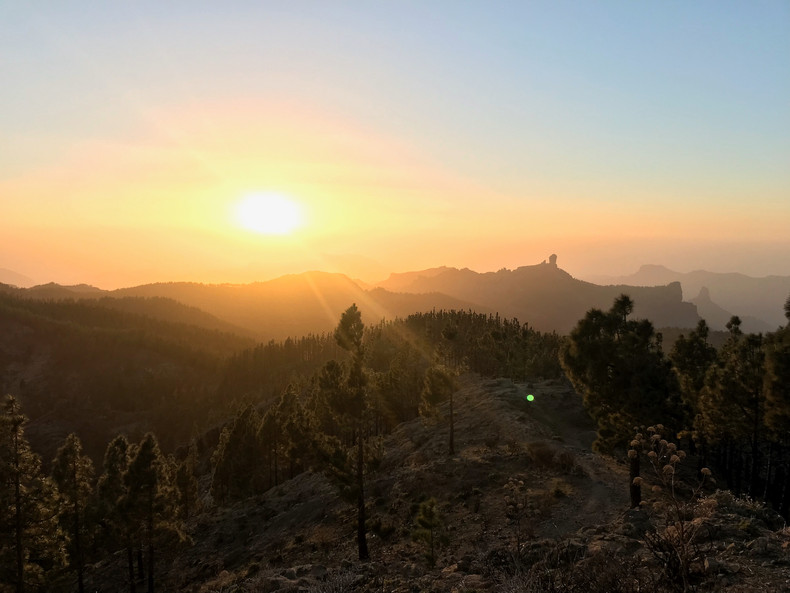 Going to to yet another island

The island of Texel is an island in the north of The Netherlands. My girlfriend and I cycled around the island, enjoying the surprisingly good spring weather. 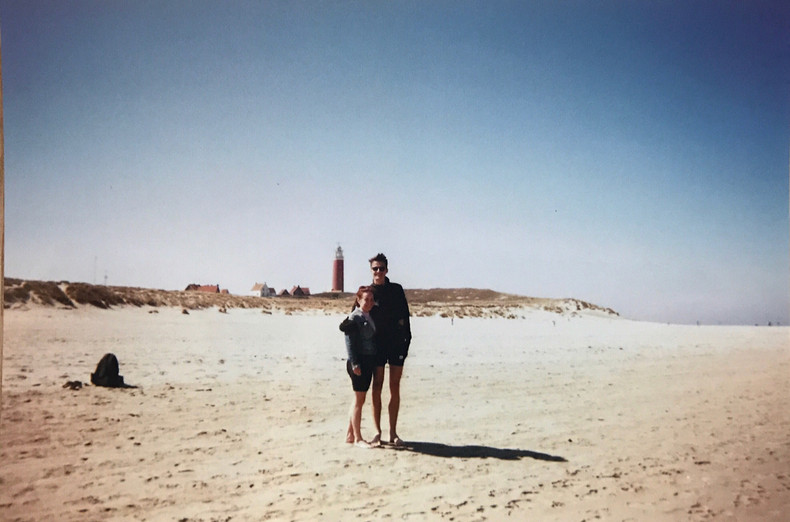 Buying myself a new bike

The best money I've spent this year was towards a new bike. As an Amsterdam resident, I bike up to an hour a day. The brand is Lekker, and it features continuous gearing and a carbon belt drive. 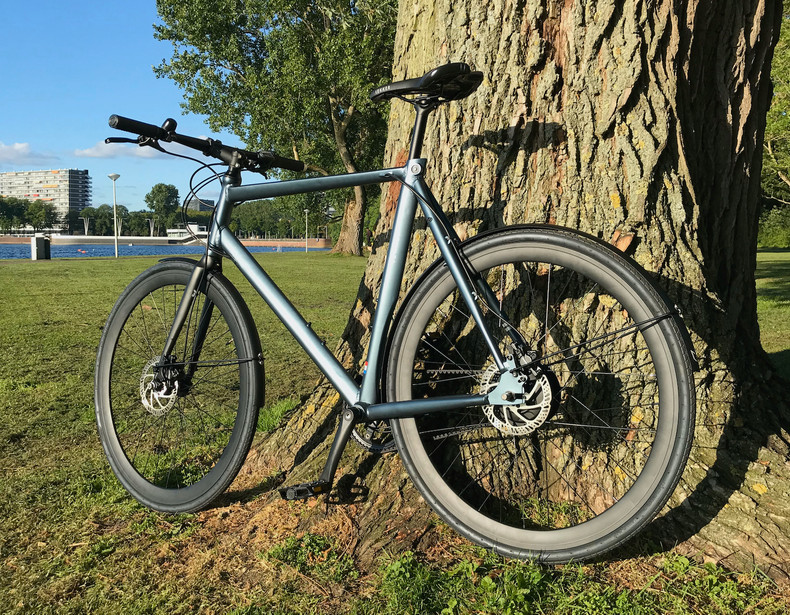 My sister got married

This wedding was so nice and genuine that we returned home on a pink cloud. 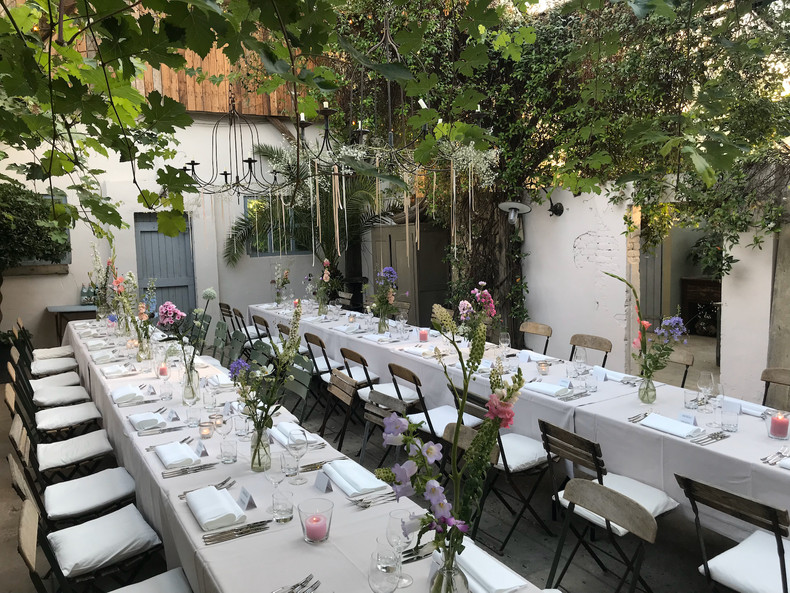 My friend also got married

Around the same time, I enjoyed another wedding of a good friend that I know for almost a decade now. 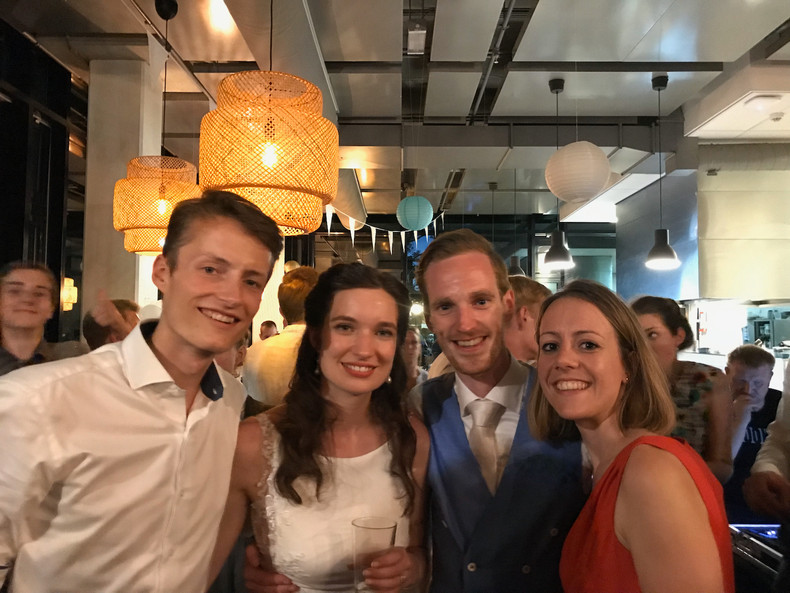 Earned a 3rd place at the Rotterdam Ekiden

With a mixed team of Running Junkies, we earned a third place at the Rotterdam Ekiden. 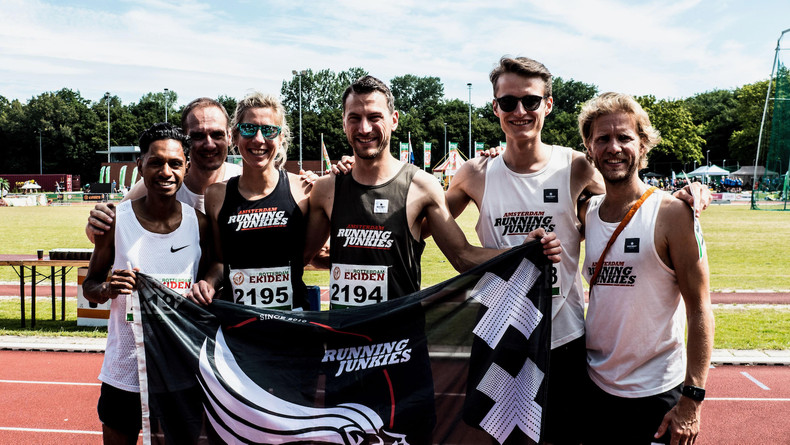 Quality time with my befriended neighbours

Besides our weekly squash routine, we also went out to have diners and drinks together. I'm happy to have these good friends living in the same building as me.

We spent a full weekend in the The Ardennes, Belgium, racing the La Chouffe trail. I ran towards a sixth place on the 9km distance, using it as a preparation for the 35km Eiger Ultra Trail in Switzerland the week after. Let's not talk about the DNF on the latter. 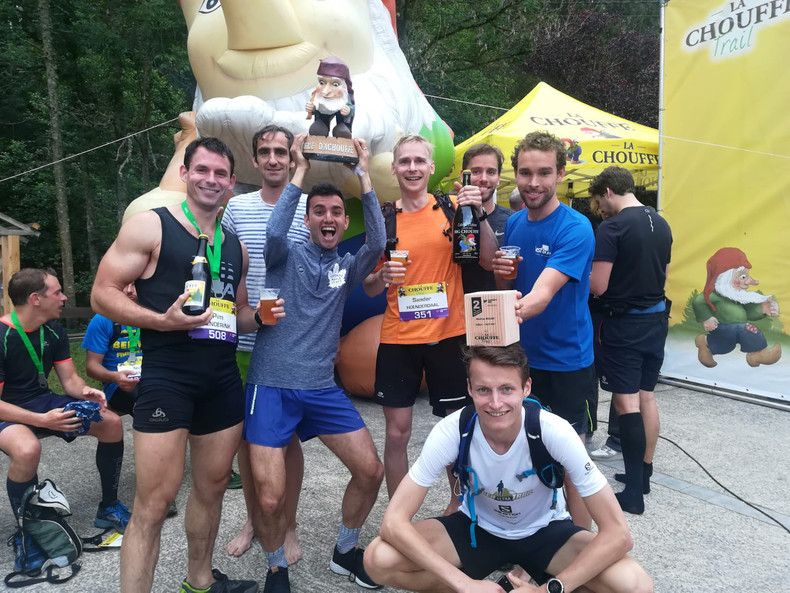 I love the alps and especially the area around Berner Oberland in Switzerland. First I went with some of my family, including my sister who lives far away and visits us only once every one or two years. 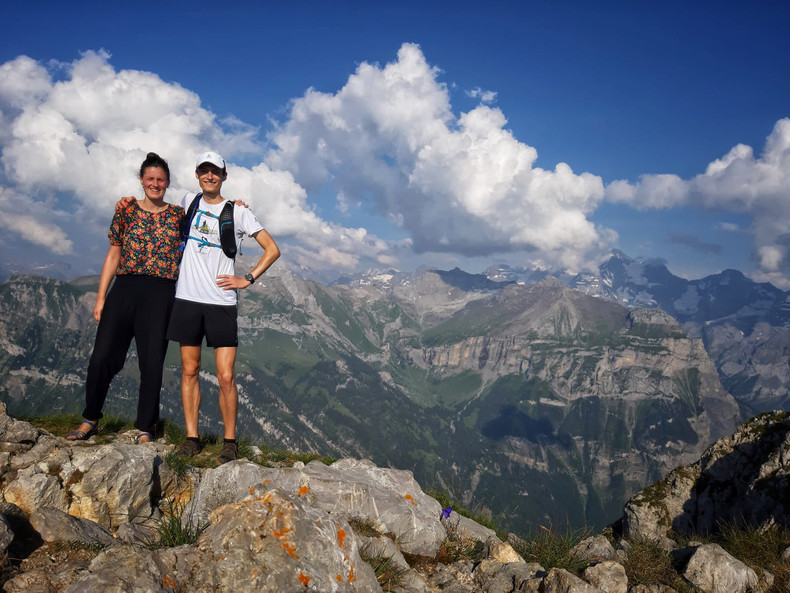 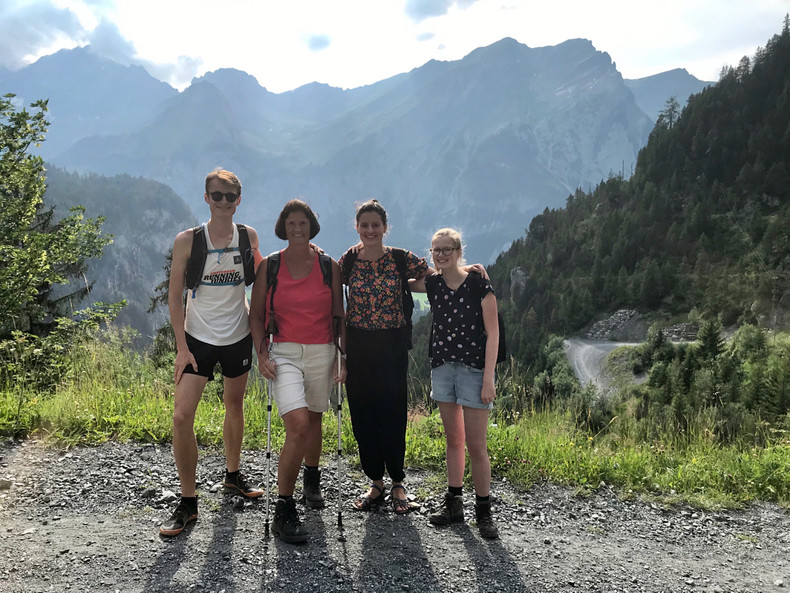 I also went with a bunch of friends. 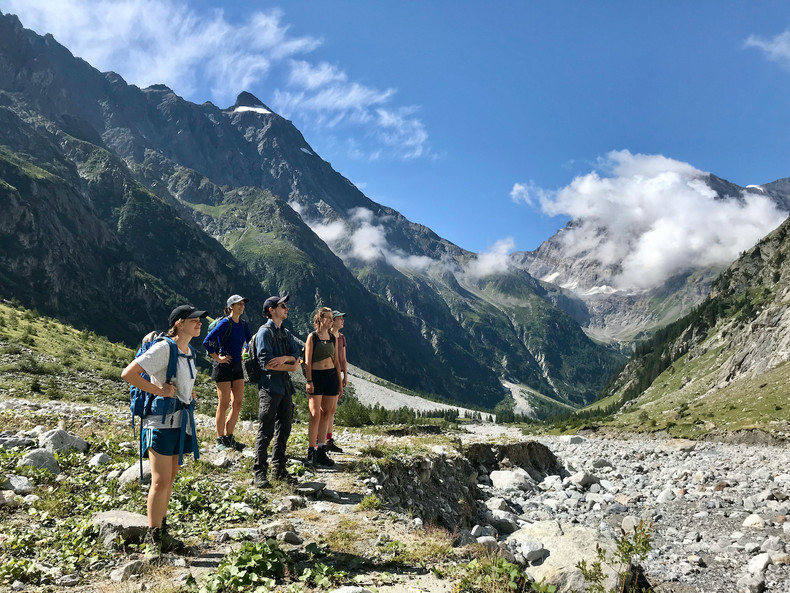 And in the end it was just me and my girlfriend. 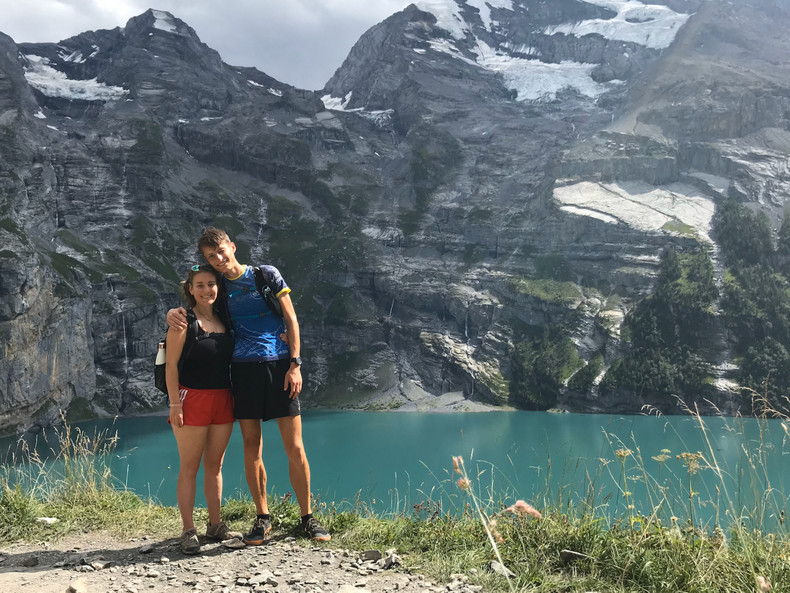 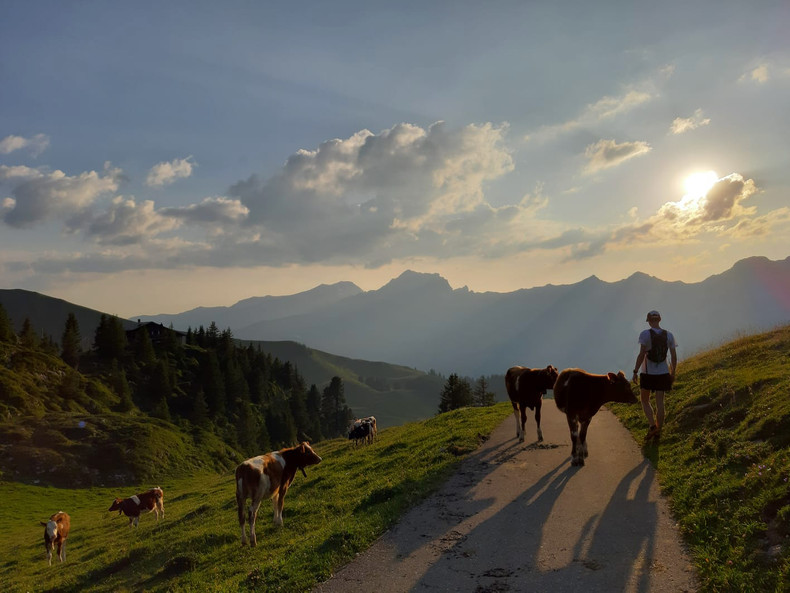 Dancing at a few summer festivals

The best place to dance is in the sun on a summer festival. This year, I returned to few of my favourite festivals. 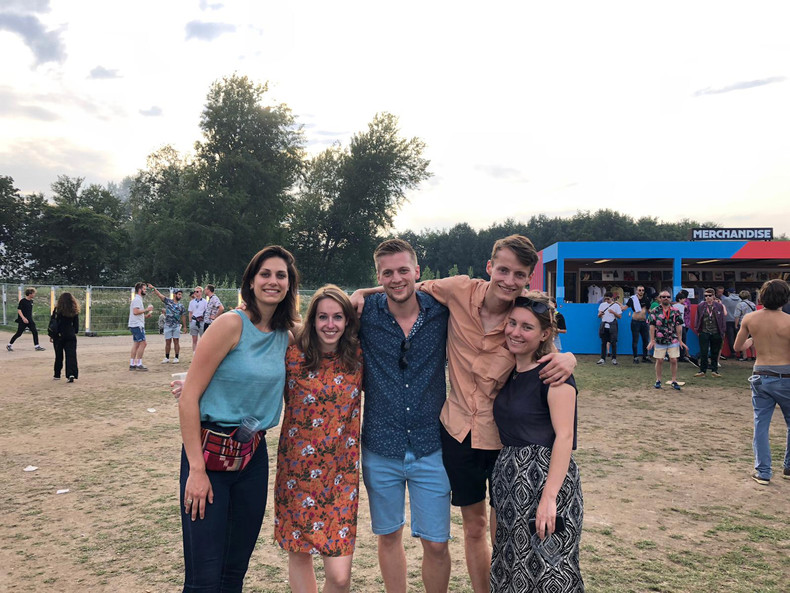 Together with a few others, I helped organize a very successful and sunny group weekend in Zeeland, The Netherlands. 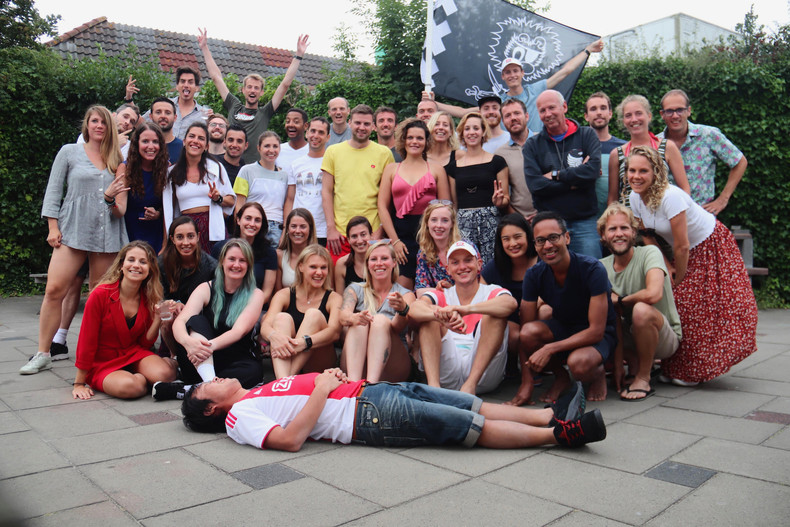 Going on a trip to Drenthe

For the second year in a row, me and two close friends spent the weekend in a wooden cabin somewhere out in The Netherlands. Traditionally, we also ran a lot together. 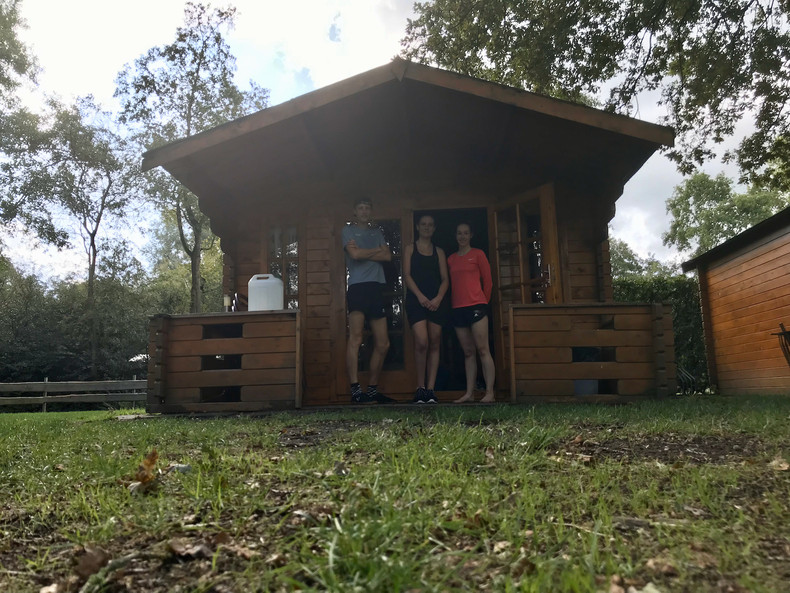 I did 10 weeks of high intensity training, trying to get a sub 3:00 marathon time. I didn't get the time I wanted, but I was still happy and proud. Since this was a half hour PB, I'll likely get it next time! 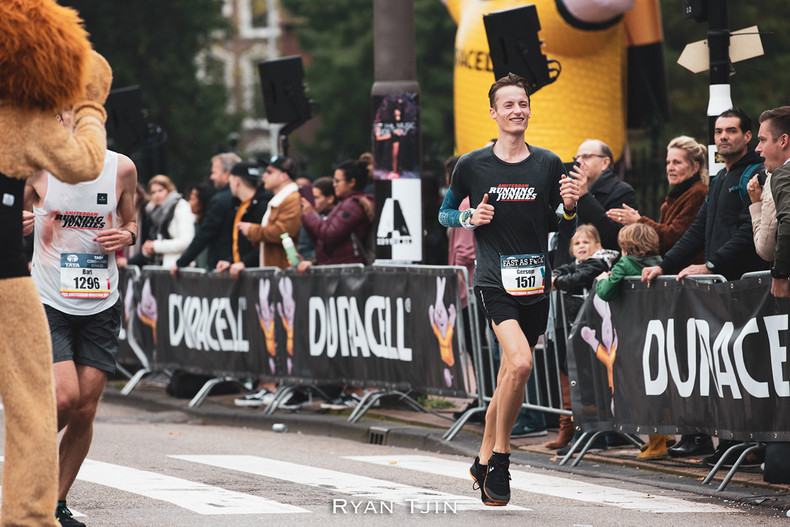 Last year I went to Dublin with my Rotterdam friends. This year we went to Brussels, the only place city where it is appropriate to eat a waffle as a tourist. 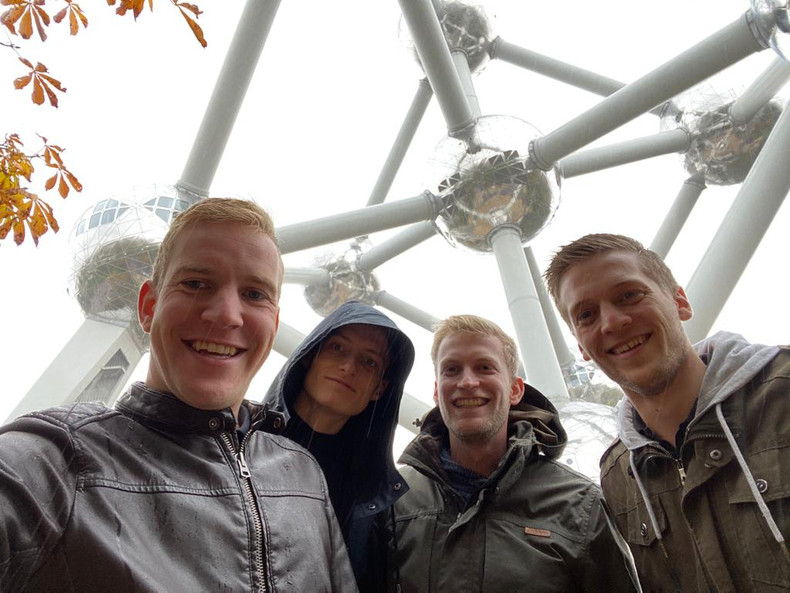 A friend got me into becoming a home barista, but I was lacking a good grinder for a long time. Now I can finally make a decent espresso from any type of coffee bean. Soon, I'll do a write-up of how to make a good espresso. 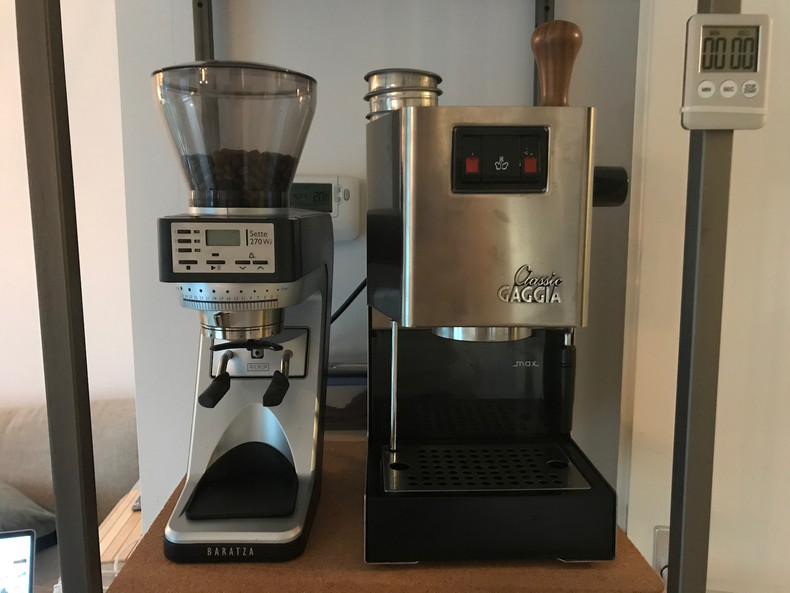 Wow, you made it till the end! Thanks for reading, and stay tuned for new posts.